CHESTER, Pa. (March 30th, 2020) - Philadelphia Union and Berks United FC announce today a youth affiliation to aid in the development of the players as both athletes and community members.

The partnership between the Union and Berks United will bring new opportunities to the players of Berks United.  The Club Affiliate Program will expand Berks United’s Player Development Pathway and will create a direct talent ID pipeline to Philadelphia Union Youth teams and programming.

“Truly excited to have Berks United as a club affiliate. Their passion and commitment to excellence on and off the field makes being a part of their story a special one. And we are excited to bring new Union fans to the team!"

"Berks United FC is honored to be a Philadelphia Union affiliate club. Our partnership will bring high level training to our coaches and athletes that will help create a player centered culture. In addition, challenge our athletes to play at higher levels,” said Becky Wells, Co-Director, Berks United. 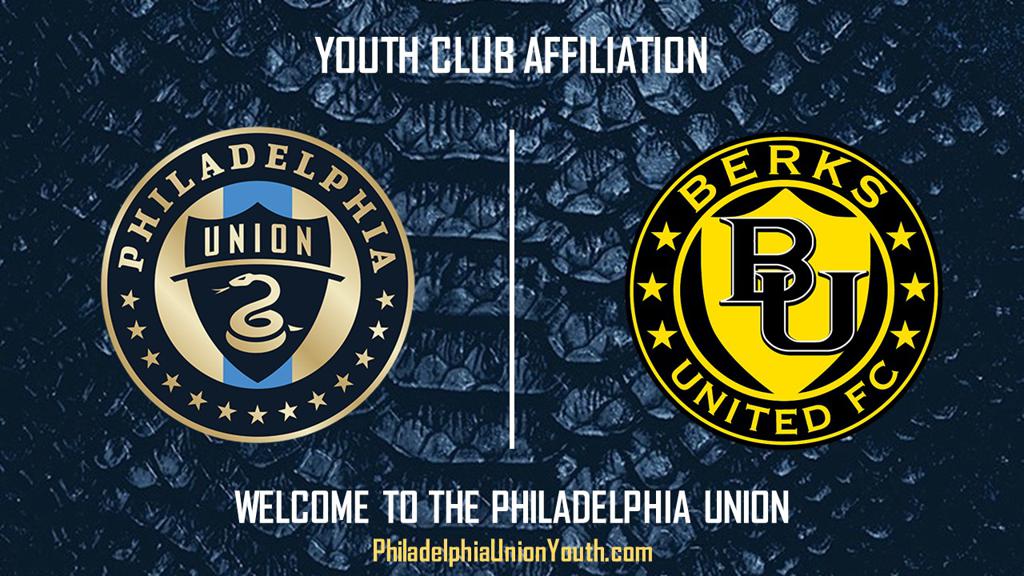